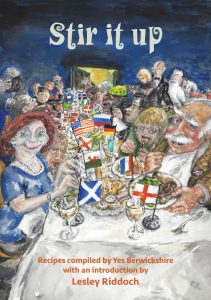 The food we eat reflects events experienced, our past history and the times we live through.
This collection of recipes by members and friends of Yes Berwickshire shows a glimpse of the multi-cultural nature of Scotland today, international in outlook, occasionally adventurous, aware of our sometimes exploitative actions as part of the British Empire (which lingers nostalgically in some memories), still treasuring many of our traditions, yet invariably welcoming of new people and new foods. 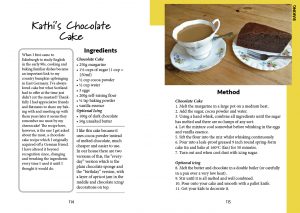 We are aware that in producing this book the members of Yes Berwickshire are following in the notable footsteps of Mrs Isobel Johnstone, reputedly the author of Meg Dods’ Cookery, the name of Mistress Margaret Dods taken from a literary character in Sir Walter Scott’s popular novel St Ronan’s Well.
So join us on a wander through culinary influences that changed the foods we ate as we embraced new ingredients and cultures to enrich our own, adding a soupçon of spice to our lives. Without that journey, that embracing of the new, culture, like an unspoken language, shrivels and dies. So let’s continue to welcome the new.

‘The fate of nations depends on the way they eat.’

Jean Anthelme Brillat-Savarin, French lawyer and politician who gained fame as an epicure and gastronome.

As to whether the fate of nations, in particular Scotland, depends on the way they eat, as Brillat- Savarin suggests, judge for yourself. From a country where once our best-known dish – haggis – was mocked and derided in a similar way to the idea of Scottish Independence, Scotland now produces premium quality foods in demand around the world, and independence almost feels within touching distance. 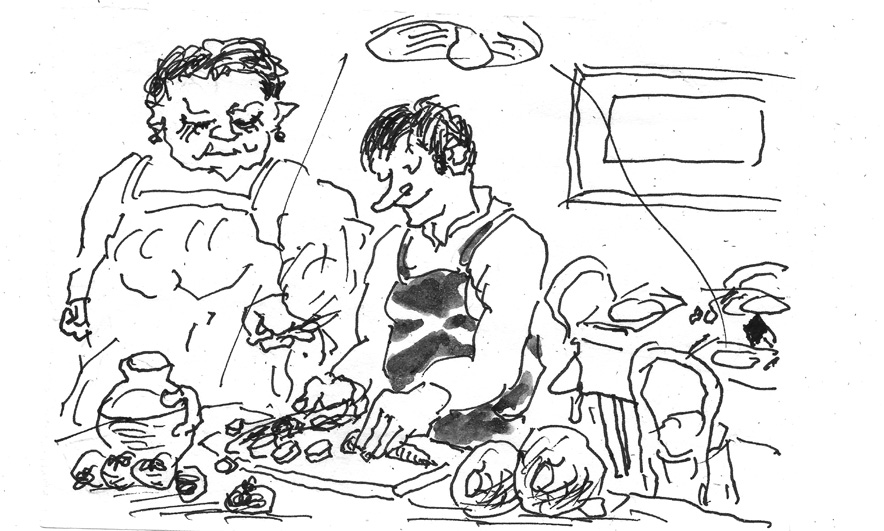