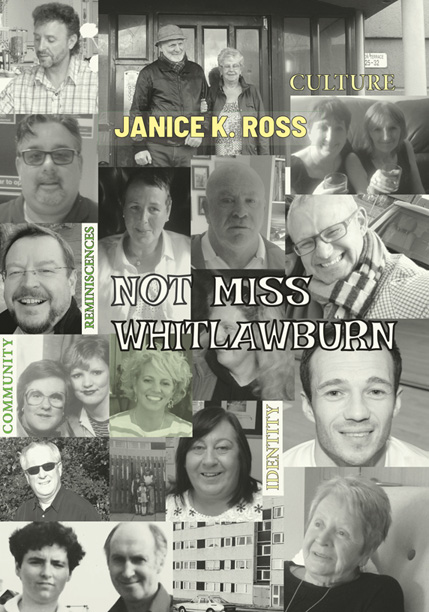 Janice presents her second community
narrative based on a selection of orally recorded
transcribed life stories from the first families of
Whitlawburn, the last council scheme to be built
in Cambuslang, South Lanarkshire.

£7.99
This collection of recipes by members and friends of Yes Berwickshire, published at a time when the Scottish Government has announced plans, along with VisitScotland, to double the value of the food and drink sector to tourism to £2bn by 2030.

Firecracker: The journey of a lost toy

£6.99
A Magical Tale for Children and Adults
224 pages with illustrations in colour and line drawings by the author

£7.99
Voices Galore presents the story of the island community of Barra at the beginning of the twenty first century as told by itself.

£8.99
It is against a background of economic uncertainty and political change that Waiting for Change plays out, wending its way through years and events, personal and national crises, to the 2010 Westminster election – three years that radically change the political landscape of Scotland, three years that shake Davina from her comfortable rut and alter both her memories and expectations of life.

Any News From India?

£8.99
When a stranger knocks on her door with a photograph, Ro is shaken by its inference of disturbing family secrets.

Getting High: A World at my Feet

£14.99
The Seven Summits – the highest mountains on each of the world’s seven continents – are often regarded as the crown jewels of mountaineering, a rare prize sought by many but attained by few.

£6.99
Take a journey through the land you know well and rediscover its natural wonders, tall stories and secrets in the company of award-winning poet Bridget Khursheed.

£8.99
In a political culture underpinned by the desire for power at all costs, three women on different journeys clash and tangle when novelist and playwright Lippy, is sucked into the life of Ramsay, ex-Member of Parliament and fall-guy in the notorious Westminster expenses scandal.

£8.99
In the Wake of the Coup is a story… of intrigue, dirty tricks, spooks, the brutal murder of an MSP’s daughter, and changing allegiances.