Dorothy is not surprised she’s the way she is. 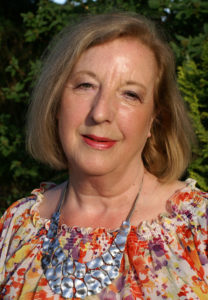 With a father who had an interest in politics, was a republican, though willing to put up with a monarchy as long as they behaved themselves; a mother and grandmother interested in women’s rights; and a grandfather who took her on Sundays to Glasgow’s Kelvingrove Museum to admire model ships and bits of engines, Dorothy is not surprised she has turned out the way she has.

Added to the mix is a paternal great grandfather who ran a tailoring business, a grandmother who worked there hand-sewing lapels, and a father who was a cloth buyer. So naturally mention of tweeds, materials and knitwear pattern her narratives.

Her upbringing in Glasgow is long in the past, though still haunts her present. Formative years were spent in a city proud of its legacy, with an irreverent view of those unfortunate enough to belong elsewhere, to places such as Edinburgh or further afield.

Via other places in Scotland, she now lives in the Scottish Borders, in a building that may have been built by yet another ancestral connection. Research on that is ongoing. She has a long-suffering husband who encourages her flights of fancy, and a family who shake their heads at her antics.