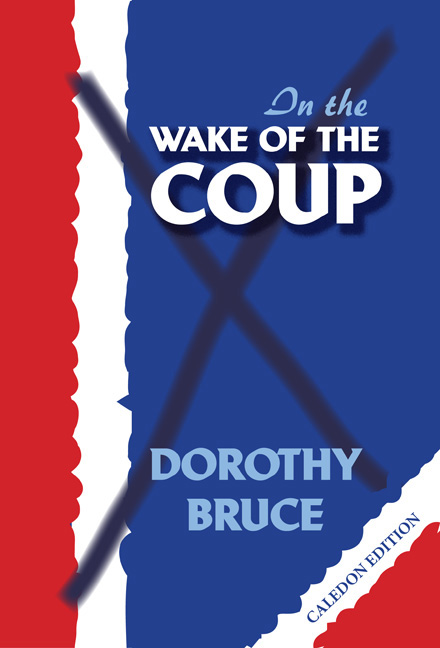 A coup. The civil service takes over a shambolic government. Caledon, where a referendum vote favouring independence was ignored, is now given its autonomy, leaving Downsouth under a dictatorship pledging greater efficiencies and effective government.
In the wake of the coup Caledon born McTavish and Ludmilla, from an influential family in Downsouth, form a relationship whilst working together in Caledon where a colleague is mysteriously murdered.
Seeking political experience, they move to work for the Downsouth Government. Despite Ludmilla’s assertions of life being good, it isn’t long before peculiar happenings cause concern. Conflicting loyalties are exposed, questions raised about colleagues. What are they plotting – the re-annexation of Caledon or the restoration of democracy in Downsouth? When Ludmilla disappears with the King’s daughter the trail leads back to Caledon.
In the Wake of the Coup is a story…of intrigue, dirty tricks, spooks, the brutal murder of an MSP’s daughter, and changing allegiances. Why would anybody think such happenings were connected to real life, for surely it is beyond reason for a coup by technocrats to happen in the southern part of a European offshore island whilst democracy and social cohesion flourish in a newly autonomous country in the north!
In the Wake of the Coup is a political satire and a tale of two countries which, to a fertile imagination, might be taken as Scotland and England.